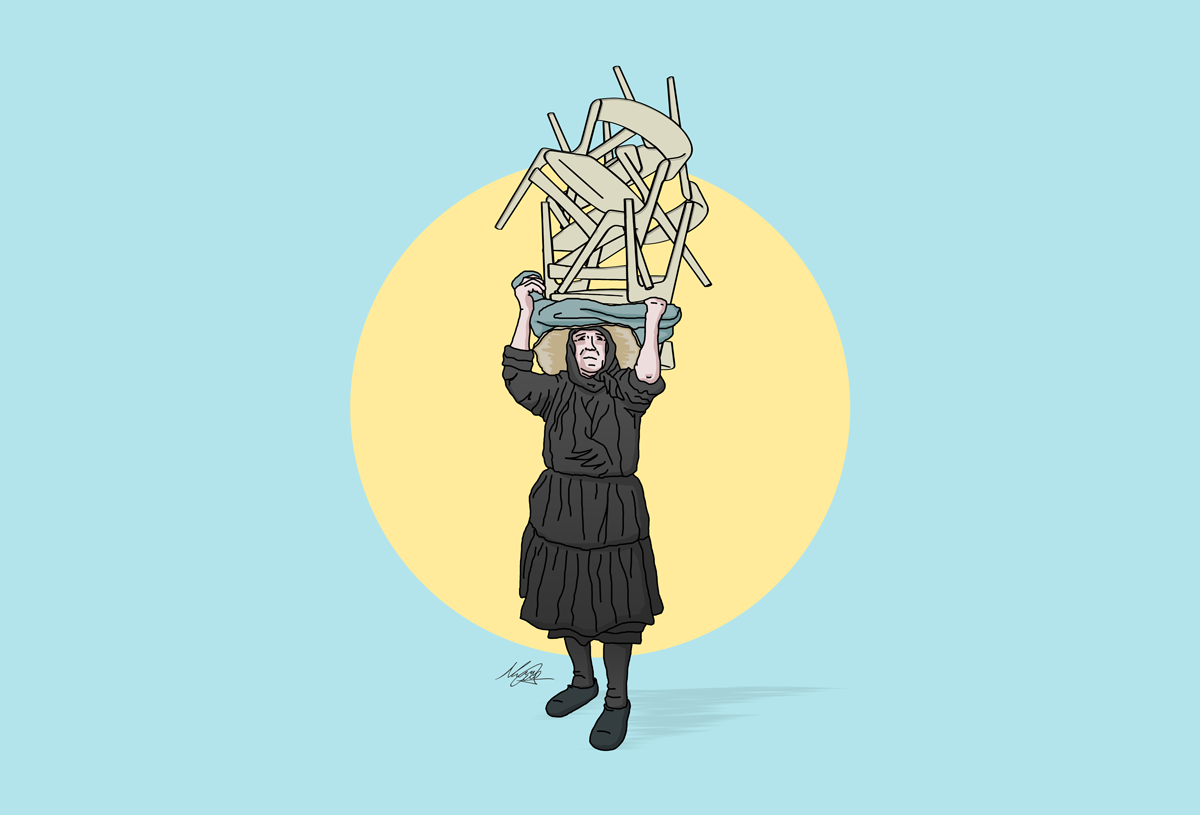 This story takes place in the 1950's. The sun had not yet risen in northern Portugal, and the cargo was already being prepared. Hardworking women would get ready to carry numerous chairs (sometimes up to 8) balanced on their heads. A simple rag was all that separated the heavy load from their fragile heads. Soon they would follow, in groups of 8 to 10 people, on the long walk that separated the furniture manufacturers in their local town of Rebordosa from the retailers located in the city of Porto, more than 20 km away. There were 5 mandatory rest stops. All of which were strategically located next to walled fountains, where they could momentarily rest. The short breaks served to eat bread with onions, and some olives.   They would quickly resume their walk along dirt paths, which would take them to their destination. The trip was almost always accompanied by singing, which would help them withstand physical pain, and make time go by faster. After arriving at their destination, the cargo would be delivered and a long journey back home awaited them. The well-deserved rest was had at nighttime. The very next day a new batch of chairs awaited them.   One of these women was Margarida Almeida, mother of the founders of CMcadeiras. To her and her colleagues, our appreciation and admiration for the courage and determination shown in such difficult times. *Carreteira = local word for a person responsible for delivering cargo. In this case, chairs and furniture.

To offer you a better experience, this site uses cookies. By scrolling the page or clicking on any element you consent to the use of cookies.
Your cookies can be managed on your navigator or your mobile settings.
OK
Know more